When a trans sister, January Marie Lapuz, is brutally murdered in
her own home, a community reacts and her friends and other trans women of colour come to share and voice their issues, concerns, and challenges. January was seen as a bright light in the lives of many. This is the story of January, a friend, a daughter, a person. This film will not only bring justice to January, but to all the women who have lost their lives. January had a beautiful soul, and now part of her soul rests in each and every one of us. 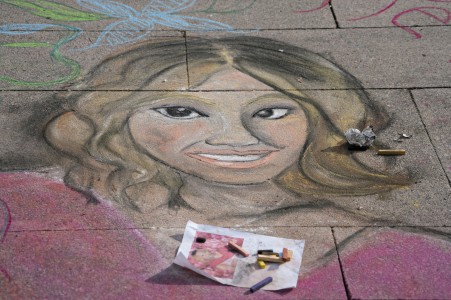 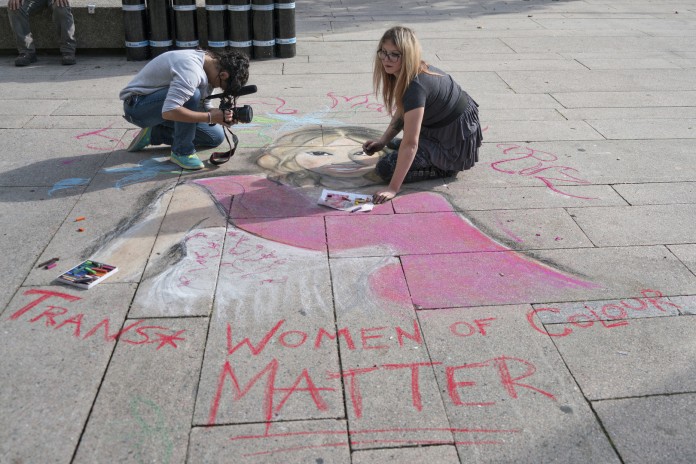 GRETL CLAGGETT is a writer and director committed to creating singular stories that reflect current dilemmas but are timeless — stories that entertain and catalyze conversations that can transform cultures.

Gretl’s first film Happy Hour — narrated by Julianne Moore — is based on true events and a poem from her book, “Monsoon Solo: Voices Once Submerged.” The film screened as an official selection at 17 festivals, winning several awards and garnering praise from Oscar-winning Writer/Director Robert Benton: “Happy Hour is a lush, elegiac film about an extremely difficult subject and Ms. Claggett handles it masterfully.”

Happy Hour is now available on iTunes and Amazon in association with a nonprofit campaign. All proceeds go to a small group of nonprofits whose focus is treating and preventing sexual abuse and promoting healthy relationships.

Another passion of Gretl’s is pioneering the use of innovative technologies to shape stories that engage and inspire audiences.

She wrote and directed Sony’s first-ever 4K 360° cinematic music video, which premiered at the 2015 Consumer Electronics Show and was featured in Sony’s activation at SXSW. She leads creative on high-profile, tech-forward events, such as Entertainment Weekly’s inaugural festival, PopFest, in Downtown LA, IBM’s Amplify Conference on Watson Cognitive Marketing in Las Vegas, and the AT&T Business Summit in Dallas.

Gretl is currently at work on treatments to expand STORMCHASER, as well as developing a new long-form narrative project, plus an immersive media experience focused on environmental issues.

“A what…?” I thought I’d misheard what her new boyfriend did for a living.

“He lost his job. Now, he sells storm doors, door-to-door.”

Our exchange conjured black-and-white images from the Maysles’ documentary, Salesman, about door-to-door bible peddlers in the ‘60s. Surely, this daily grind was a thing of the past. But as I did some digging, I discovered it still exists; and that many contractors targeting weather-torn areas this way are called “storm chasers” — instead of “ambulance chasers” — because of their predatory practices.

This triggered a deep compulsion in me to express my own sardonic commentary on what I’ve experienced growing up in small-town Tornado Alley, plus selling incentives as the lone woman in an old-boys’ club: America’s culture of greed, its celebration of bad behavior, and the rise of “disaster capitalism” which preys upon the most vulnerable suffering from man-made and natural catastrophes.

We shot STORMCHASER in a visually epic style with Sony CineAlta VENICE Cameras and Sigma Cine Lenses — the first truly indie team to use this killer combination. Company 3 color-graded the 4K film, and will sponsor a High Dynamic Range (HDR) version. HDR will give us a wider palette to further emphasize the grimy, makeshift, claustrophobic office interiors versus the expansive, weathered, brooding-sky exteriors — merging the story’s real and metaphoric storms.

Magical Realism is sparingly interspersed throughout the film to physicalize the characters’ internal landscapes. There are scenes in which characters, themselves, become “the storm.” These moments — that break free from the more realistic narrative — hopefully engender intimacy with the characters’ psychologies, compress and accelerate action, as well as heighten dilemmas so they can be felt personally, politically and universally.

“Tell all the Truth but tell it slant,” wrote Emily Dickinson. To me, that means we can more easily face the world’s toughest problems when storytelling and performances are not on the nose. Acting was my first passion, and I loved collaborating with this cast. Each one of them authentically embodies their characters, skillfully playing that razor’s edge between nuanced farce and heartfelt, gritty naturalism.

My intention is for audiences to experience STORMCHASER as entertainment; but process it as a satire of our socio-political system — a darkly funny dramedy with a dash of romance and allegory: Flip Smyth epitomizes the Old ‘Merica and culture of entitlement. Don Stuckey, a dark-skinned man in a white man’s world, like far too many employees, lives in fear of losing his joyless job. And, Bonnie Blue, our anti-heroine, who really wants to pursue her passion for chasing storms, but — to make ends meet — finds herself preying upon the very vulnerabilities that are preyed upon within her. She, along with Don, represents the changing face and values of a New America struggling to find its way.

One only has to follow the news — global warming, disaster capitalism, Trump, #MeToo, a country divided, shrinking middle class, recession clouds looming — to see the consequences of a violent, predatory society. But STORMCHASER aims to explore these inflammatory issues without becoming a political polemic by looking at both the noble ambitions and dog-eat-dog urges that make people so damn complicated, asking: How do we stop the storm of violence in a culture where we’re all complicit — even when we’re oppressed by forces that seem so much larger than ourselves?

All Bonnie Blue ever wanted was to chase tornadoes with her Dad. But dreams die with time. Now, she’s become a different kind of storm chaser — hawking storm-doors “door-to-door” for her charismatic boss, Flip Smyth: a cult-like father figure to Bonnie and his tribe of young sales bucks. In the guise of “tough love,” Flip relishes publicly shaming Bonnie and his token minority assistant, Don Stuckey, her sole ally.

After hours, Bonnie and Don find comfort in each other’s arms, inspiring Bonnie to rekindle her childhood dream and close her first deal. But when Flip pulls a bait-and-switch to avoid paying her commission, she finally challenges him, sending him into a rage as fierce as the funnel cloud that hovers on the horizon. As she realizes Flip’s doctrine of “Flip the Switch!” is just a way to exploit customers, a different kind of switch flips inside Bonnie — unleashing an inner and outer storm of violence.

Theme of night: Quirks of the Human Condition

See you at the festivals.

This is a film about the Tuam babies in Ireland. 796 babies were thrown in a septic tank, no proper burials, no prayers, no respect. The nuns have not yet apologised for their actions. This film is a testimony told by the survivors of Tuam mother and baby home, their experience and stories. I am publishing this with great respect for the victims, the survivors and Catherine Corless for the amount of time and work she has put into her cause trying to help the victims and having the voices of these babies heard. 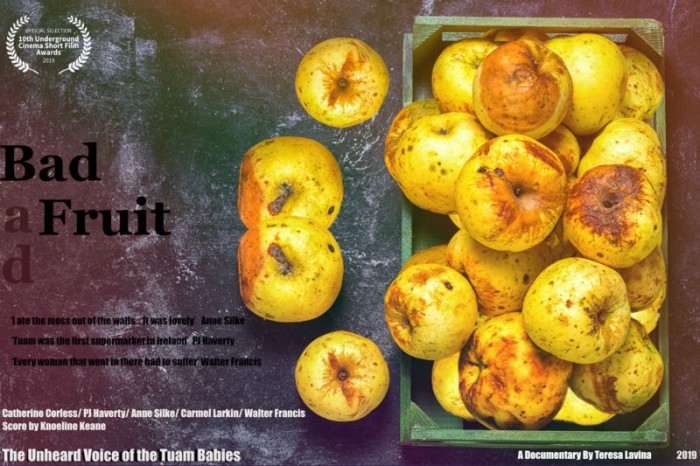 Everyone here wants a new pair of boobs or a new butt. What is it you hate about yourself?

A teenage kid who wants to be a superhero finds out about her superpower one day, and encounters a crime scene. 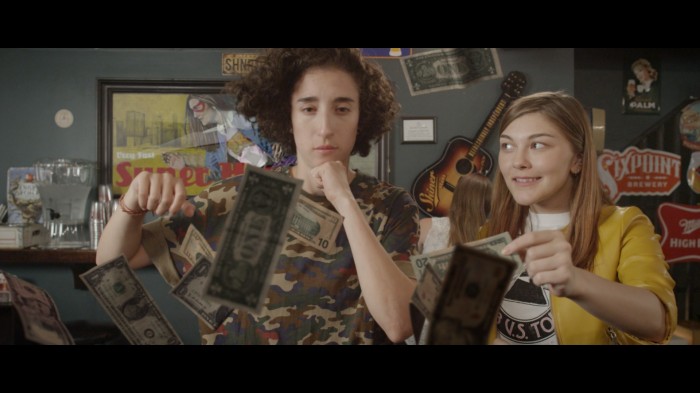