A man wakes from a strange, egg-like machine to find himself in the middle of a desolate wasteland. Lost and with no memory, he sets out to explore the strange world around him.

Two Australian women reflect on their fight for reproductive rights in the early 1970’s after receiving backyard abortions.

A beach-side change-room becomes a confessional for two sisters, who are forced to decide if they have the strength to endure their respective marriages or the courage to leave. 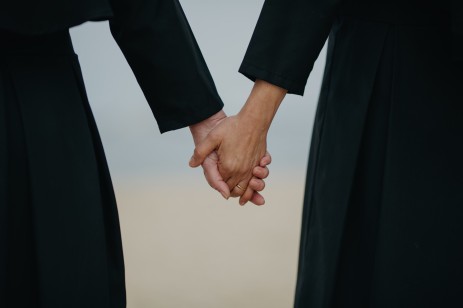 A teenager struggles to fight off the demons that have come to haunt her following rejection by her gambling addicted father and betrayal by her sister.

In the Blue Mountains of Australia, police must interview a broken couple to determine who is responsible for two brutal murders. Were they innocent bystanders of a domestic violence incident, or did something more sinister occur?

Childhood the one chance we get to transition from bud to bloom.
Some memories just cannot be erased, they are like permanent markers in our own timeline.
One woman recalls everything that made her family unique, the fun, the freedom, the subjective strength of each individual along with her own mother’s love.
After bearing witness to her own family dynamic a young woman discovers her own version of strength enabling her to reconcile her past with her present.

Jim is a man of great stature, imposing man, muscular, wild. His presence fills the room. The sound of his body, his breath fills the space. We feel his anxiety and discomfort. A challenge to confront.

The essence of this film, is build on the idea of achieving through accompaniment and sharing. The exchange of ideas and the mix of two conceptions are more exalting and constructive than on your own. Life worth being lived with others. It is about finding an answer to a problem by asking for help, or accepting the other to help you.

The want for Unbind was to erase all kind of distracting elements that usual way of communication implies. Here, the body language is a strong expression, through the presence of Jim and through dance. Finding another language for human expression, as powerful medium as the speech. The sounds has a particular attention to express the different steps Jim goes through and the obstacles he has to confront.

The handicap of Jim, his blindness implies facing important questioning in life. It is focusing on different ways of receipting the world and its surroundings. Ratings