In her CalArts thesis, SKJEMT BLOD (which translates to “bad blood” or “tainted blood” in Norwegian), Gwenmarie White uses what she has coined “girl kvlture” as a vehicle for meditation on American brutality. The orchestral black metal adaptation of Taylor Swift’s “Bad Blood” takes advantage of the tension between the sounds and images of pop culture and metal culture to call attention to larger aspects of violence and pleasure. “My goal is to always straddle the line between critique and complicity,” says White, “because it is a critique…but it’s also a love letter.” The line in SKJEMT BLOD is always moving, digging stubbornly and disturbingly deeper into tropes and stereotypes rather than dismantling them. Suburban whiteness rears its ugly (but also, like, really, really pretty) hea 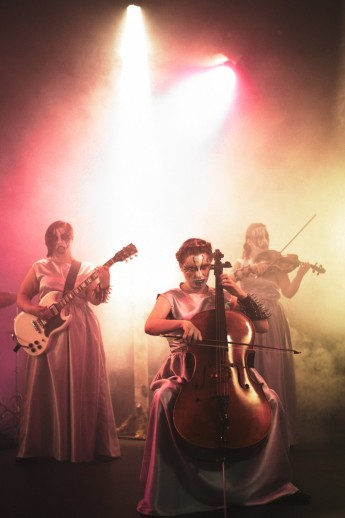 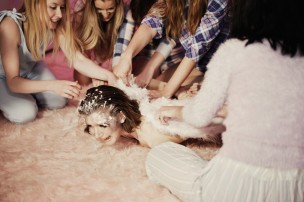 d, proving that “trve” brutality takes many forms, and moves with an insidious ease throughout the institutions of late-stage capitalism.